“FOR GARABAGH AND THE REPUBLIC MOVEMENT” INITIATIVE GROUP FOUNDED 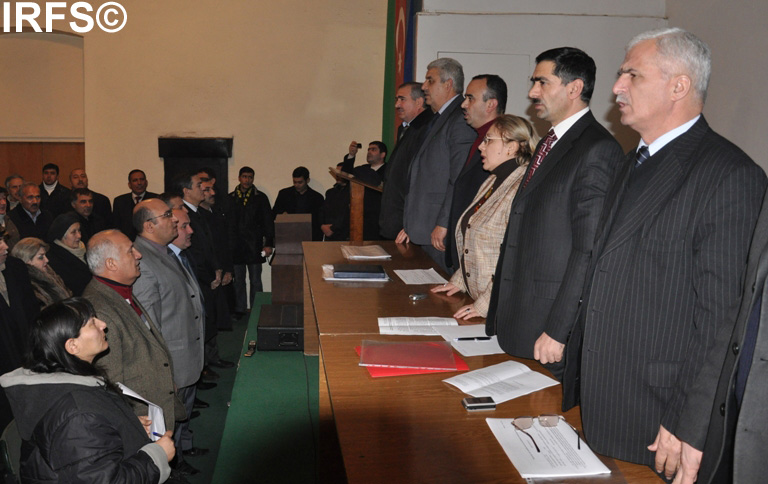 In connection with the proposed additions and changes proposed to the Republic of Azerbaijan’s Constitution, the following opposition parties; Azerbaijan Democratic Party, Musavat Party, Popular Front Party, Citizens and Development Party, Umid Party, Liberal Party and several public organizations formed the “For Garabagh and the Republic Movement” Initiative Group.
In the near future, the group will present document to the Central Election Committee to be registered as an official initiative group.

On 18 March, a referendum will be conducted in Azerbaijan. Within the referendum changed have been proposed to 29 articles of the 159 articles in the Republic of Azerbaijan’s Constitution. Some of the proposed changes would limit freedom of the press and freedom of expression.