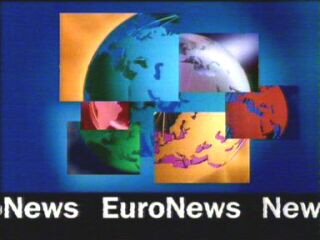 Azerbaijan’s Ministry of Foreign Affairs sent a protest letter to “Euronews” channel after the program named “Change Winds in Nagorno Garabag” was broadcasted on the channel on 28 November. The Ministry of Foreign Affairs added the names of the Euronews television employees, who visited Daglig (Nagorno) Garabag without the official consent from Baku, to the list of undesirable persons in Azerbaijan and prohibited them from entering the country.
Foreign Affairs Ministry Press Service Head Elkhan Polukhov told the press that the footage was biased and partial.
“In the footage about Daglig (Nagorno) Garabag on Euronews channel, this area was interpreted as separate from Azerbaijan and the head of the separatist regime was introduced as the ‘President of Daglig (Nagorno) Garabag Republic,’” said Elkhan Polukhov. “The opinion of Azerbaijani officials regarding the conflict was not considered. It is suggested in the letter that the footage should be taken off the air because it is partial, one-sided and contradicts journalism principles. In addition, the leadership of the channel is asked to clarify the issue. We are waiting for an appropriate response. The Ministry will determine its opinion after they receive an official response from the leadership of Euronews television.”
Then E.Polukhov added that information regarding this issue was given to Azerbaijan Embassy in France and that an investigation into this issue is being conducted by the Embassy. The Institute for Reporters` Freedom and Safety sent an information inquiry to the Ministry of Foreign Affairs regarding this issue.
The Euronews channel was created in 1993 and broadcasts in 130 country of the world in eight languages. The television channel is located in Lyon, France and does not have any representation in Azerbaijan. It is possible to watch the channel via satellite and cable television in Azerbaijan.
Previous Post