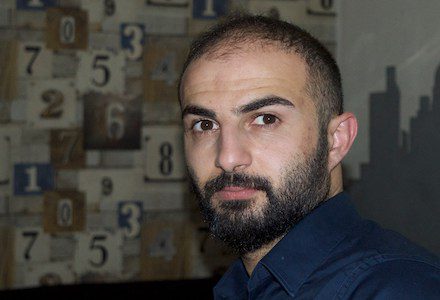 Former Board member of NIDA Civic Movement Rashad Hasanov has migrated to Europe. According to Hasanov, the reason for his migration was his being forced into collaboration with the State Security Service (SSS). The former political prisoner made this revelation on his Facebook page on 13 February.

“Three months before the expiry of my sentence, SSS employees came to the prison and demanded me to sign a written undertaking, the substance of which was that I had to inform them if any foreign intelligence agent approached me after my release. I signed it.

After my release, they met with me every month and asked questions about public figures, my meetings with international organisations and grants. In the beginning, they threatened that my brother and I would get into trouble if I lied. As a person who had served three years in jail, particularly in Prison #6, I understood it very well that it was no joke and I was seriously afraid. So, I provided the requested information, if I believed that it would be made known anyway by persons whom I did not trust (taking into account the probability of them disclosing this information). I had almost no information that could undermine anyone. I stayed away from the civil sector as much as I could. Despite already being inactive unofficially, I officially left NIDA on 4 October.

I could not tell anyone about this because it was perilous and I also shied away from saying such a thing. I thought I had to grit my teeth until I left the country for good. I wanted to go to the United States for good, but could not afford this financially. Finally, I talked to a friend and decided to go at the end of March. However, following an experience at the end of January, it became intolerable, and I fled the country. I am currently in Europe.”

Background: NIDA Civic Movement Board member Rashad Hasanov was arrested on 14 March 2013. He was convicted under Article 228.3 (illegal possession of weapons and explosives as an organised group) of the Criminal Code and was sentenced to 7.5 years in jail. NIDA Movement associated its member’s arrest with the “No More Soldier Deaths” protest held at Fountains Square on 10 March 2013.

Rashad Hasanov was released under the president’s pardon decree of March 2016.