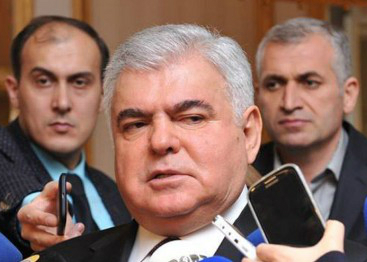 On 13 February, Azerbaijani President Ilham Aliyev signed a decree on the merger of the Ministry of Transport and the Ministry of Communications and High Technologies. The order reportedly aims to upgrade the structure of the state governance in the Republic of Azerbaijan and to modernise and increase the efficiency of the state policy and control in the field of transport, as well as communications and high technologies. Under the decree, the Ministry of Transport, Communications and High Technologies has been established. Ramin Guluzade, the current Minister of Communications, has been appointed the head of the newly founded ministry. No information, however, is given on what will be the fate of Ziya Mammadov who had been the minister of transport since 2002.

Note that, in the past few years, the core functions of the Ministry of Transport were delegated to different other state agencies, and, deprived of his powers, Ziya Mammadov was put on the back burner. Thus, the dissolution of the Ministry of Transport was quite expectable. Alongside with the rumours, the President’s decree put an end also to Ziya Mammadov’s status as a minister stripped of his authority.

After Donald Trump’s victory in the US presidential elections, rumours were going around that the Mammadov family, who are well-known oligarchs in the country, would get special privileges. Some justified such claims by referring to a business partnership between Donald Trump and Ziya Mammadov’s son Anar Mammadov. However, the hearsay has not proven true so far.

Recall that, Ziya Mammadov’s son Anar Mammadov has also played a role in Ziya Mammadov’s being dispossessed of his powers. Anar Mammadov founded the Azerbaijan America Alliance in Washington in May 2011. However, he made headlines more with various scandals than lobbying activity. The Azerbaijani public intimately knew the minister’s son after the infamous bear kebab scandal. In a July 2010 edition, Azadliq newspaper, which is now inactive due to financial strains, published an article titled “Kamaladdin Heydarov’s Bear Eaten” which stated that Anar Mammadov paid one million manat to have a bear, belonging to the minister of emergency situations, kept in a Gabala-based restaurant and slaughtered for kebab. Yeni Musavat newspaper followed up on the story with a more detailed article. Yeni Musavat newspaper published another article about Anar stirring up a scandal in one of the hotels located in Dubai. The article titled “Sheikh Expels Anar Mammadov out of Dubai” claimed that the behaviour of the minister’s son was the reason for the ban on Azerbaijani men’s trips to Dubai. Anar Mammadov rejected the allegations and sued both newspapers. He succeeded in getting the newspapers fined AZN 8,000 in total by a court decision in January 2012.

According to the US magazine Mother Jones, Anar Mammadov, who had a business relationship with billionaire Donald Trump, paid USD 2.5 million to the Republican Party candidate during the US presidential elections. Trump reportedly received the money in return for his name being used for a hotel built in Baku and sharing his expertise for the project. However, the name of the famous Trump Tower hotel located in Nasimi district of Baku was removed after Trump was elected as the president. Although the construction work of the 33-storey skyscraper resembling a sail was finished in 2016, it has never been officially launched. Recall that, the partner company, founder of this building in Azerbaijan is Garant Holding that belongs to Azerbaijani transport minister’s son Anar Mammadov.