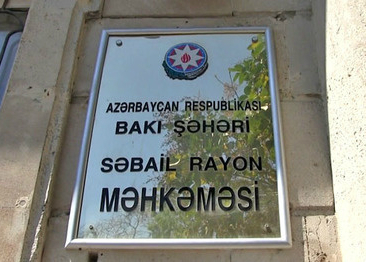 Lawyer Agil Layijov assessed the prosecutor’s request as unfounded. “The charges brought against Faig Amirli are not even a daydream or a hypothetical thinking. The fact that the statements, discs and books have been falsified was proven at the investigative agency. The statements in the criminal case also showed that these charges have nothing to do with Faig Amirli. In this case, the court’s judgment will be based not on law, but on conscience. Everyone knows that the charges have nothing to do with Amirli,” the lawyer said. The proceedings will continue on 24 July.

Faig Amirli was detained on 20 August 2016. He was initially charged under Articles 168.1 (encroaching on the rights of citizens under the pretext of conducting religious rites) and 283.2.2 (instigation of ethnic, racial, social or religious hatred and hostility by using the mass media) of the Criminal Code. On 17 April 2017, new charges were filed against him under Articles 213.1 (tax evasion) and 308 (abuse of official powers) of the Criminal Code.

Statement on the occasion of the National Press Day