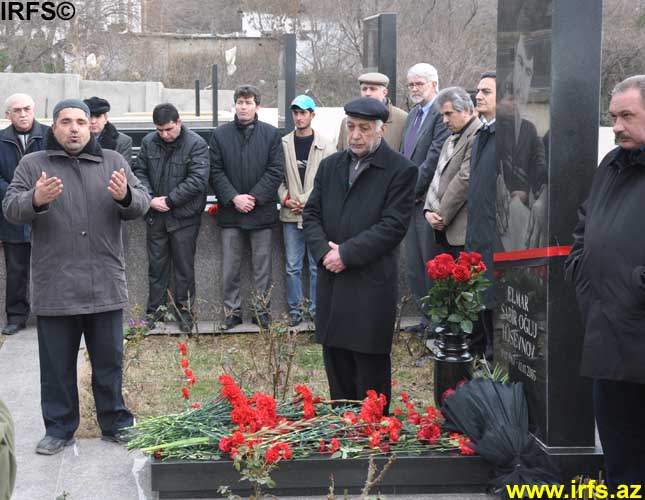 Today, 2 March, journalists, representatives from journalism organizations and the diplomatic corps, and civil society figures visited the grave of slain “Monitor” Journal Editor-in-Chief Elmar Huseynov on the fourth anniversary of the journalist’s murder. Over 100 people participated in the event.
The speakers at the event condemned Huseynov’s murder and called for his murders to be brought to justice.
“Monitor” Journal Editor-in-Chief Elmar Huseynov was murdered on 2 March 2005 in front of his apartment. The executors and people behind his murder have not been found to this day.
Photo: http://www.irfs.az/component/option,com_datsogallery/Itemid,30/func,viewcategory/catid,201/lang,az/
Video:  http://www.irfs.az/content/view/1976/1/lang,az/
Previous Post