G. ZAHID AND S. ZAHIDOV RELEASED FROM PRISON FOR UNTIL DEC. 8 TO ATTEND MEMORIAL SERVICE FOR THEIR FATHER 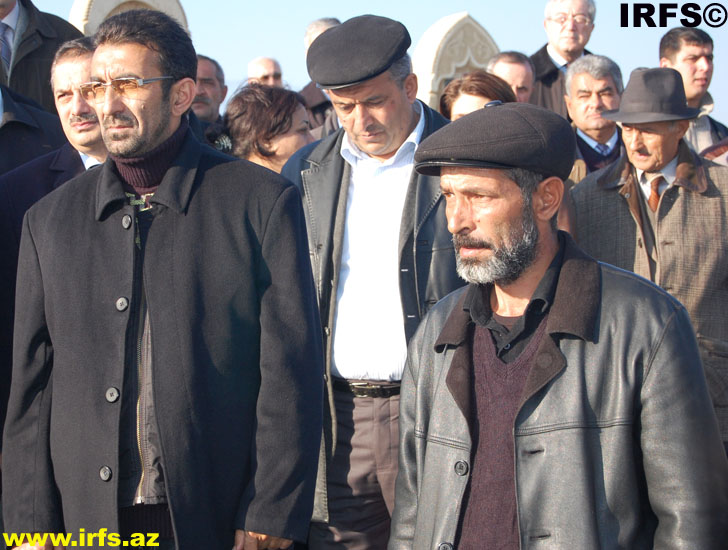 Imprisoned “Azadlig” Newspaper Editor-in-Chief Ganimat Zahid and “Azadlig” Newspaper satiric/ journalist Sakit Zahidov were granted special permission from the Penitentiary Services and released from prison today until December 8 to participate in memorial services for their father Salim Zahidov.
Salim Zahidov passed away on 1 December. On 2 December, he was buried in Meysari Village. The mother of journalists Khadija Zahidova, parliamentarians and human rights defenders, including the Institute for Reporters’ Freedom and Safety, appealed to Azerbaijan Republic President asking to allow the imprisoned brothers to participate in the services.

The Zahidov brothers were joined at the services, which were held in Meysari Village in the Shamakhi region of Azerbaijan, by co-workers, civil society figures and politicians.