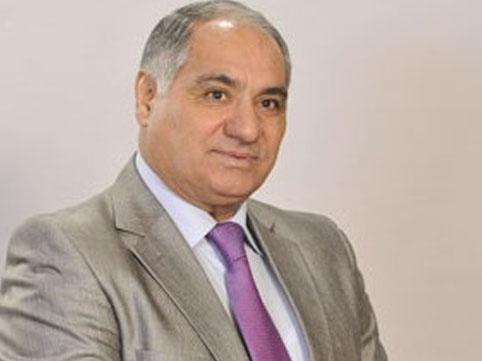 The people, who came to attend the hearing, were strictly checked. Their bags and their persons were first checked with police scanners, and after that they entered the court building through a security scanner installed at the court’s entrance. Their mobile phones, computers, photo cameras, voice recorders and other technical devices were taken by the police.

The court hearing was observed by numerous journalists and members of the public.

Journalist Gulu Maharramli’s lawyer Javid Rzazade filed a motion at the hearing. “The previous preliminary hearing was postponed due to private prosecutor Arif Alishanov’s failure to show up in court, i.e. the court adjourned the proceedings to ensure the private prosecutor’s participation.

After that, journalist Gulu Maharramli said private prosecutor Arif Alishanov needed to attend the hearings. “I do not have knowledge in law, but I have been working as a journalist for 40 years. I want to focus on the moral side of the matter. I respect the court and have showed up. I have said and I say again that this person, who heads AzTV, has no journalistic professionalism. He is not a creative person. The state allocates about 50 million AZN to the Azerbaijani Television. The head of the state speaks about economizing on government funds. Meantime, this person used government funds to produce a 3-hour video against me. He mobilized his employees for the 3-hour program. You need hours of editing work to prepare one program. This person is unable to explain in what form his honor and dignity have been insulted. I am a Doctor of Science and professor. I am the author of about 30 books, all of which are about TV journalism. My job is giving an opinion. I have criticized and it is disappointing that this has ended up in court. Let him come and explain what he feels offended by? Honor and dignity is like a family. You should not entrust them to someone else. The representative cannot reply. He needs to come himself,” the journalist said.

The judge decided that the case would proceed to trial, and the trial date was set for April 15, 14.30.