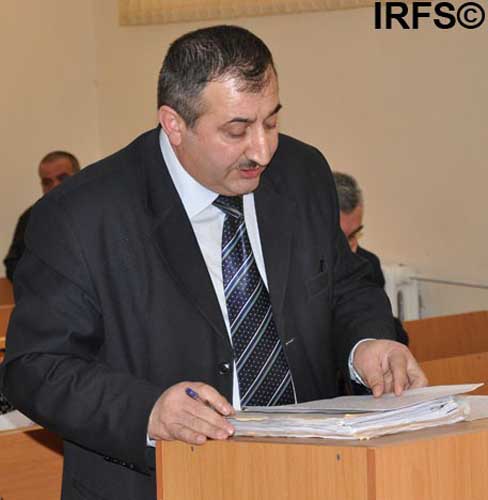 Today, 9 April, in the Yasamal District Court, under the chairmanship of Judge Tahir Ismayilov, a hearing on the court case opened in the Yasamal District Police Investigation Department against Assistant Editor-in Chief of "Korrupsiya ve Jamiyyat" (Corruption and Society) Journal Mubariz Masimoglu and citizen Shakir Abbasov under article 221.2 (hooliganism) of the Criminal Code was scheduled to take place.
The judge postponed the hearing until 15 April at 4:00 p.m. because witnesses did not show up at the hearing.
This lawsuit stems from a dispute which happened on public bus #218 between assistant editor-in chief of "Korrupsiya ve Jamiyyat" Journal Mubariz Masimoglu, Maleyka Asadova and Emil Jarchiyev in August 2008. A criminal case was opened against Mubariz Masimoglu in the Yasamal District Police Department under article 221.2 (hooliganism).
Previous Post