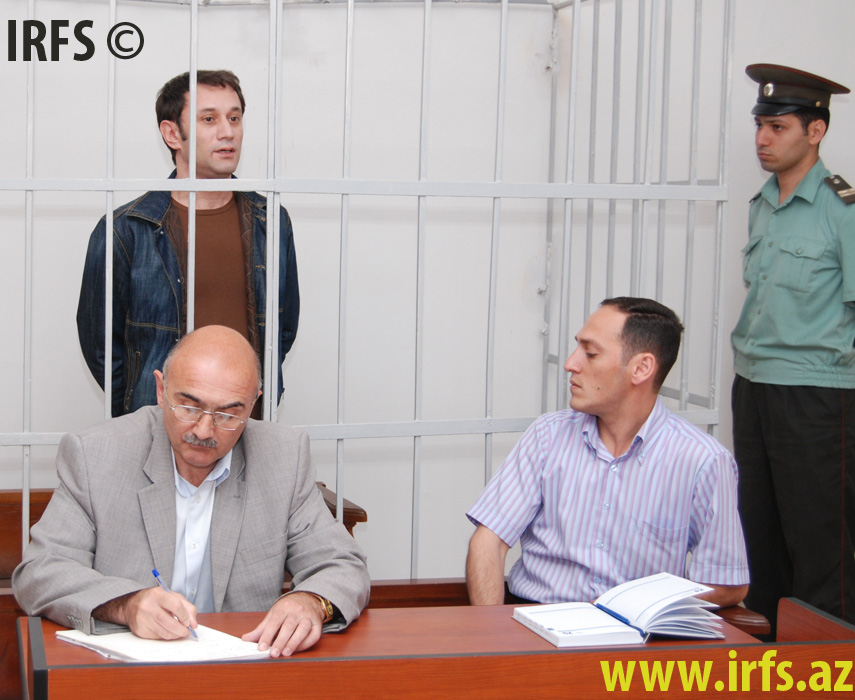 Today (5 June) the preliminary court hearing was held on the case of Sergey Strekalin in the Nasimi District Court under the chairmanship of Judge Shahin Abdullayev.

State Prosecutor Eldar Hamzayev expressed his opinion about the petition and said that according to Azerbaijani legislation, it is not advisable to postpone preliminary hearings just because one of the sides does not participate.
Strekalin and his lawyer Akif Khalilov didn’t object to continuing the hearing. Then the judge conducted the hearing without the injured party and his lawyer.
Prosecutor Hamzayev said that no law violations occurred during the initial investigation and asked the court to continue the hearing. But the judge stated that there was another motion sent by A.Khalil. According to the judge, A. Khalil asked the court to introduce the criminal case materials so he can familiarize himself with them, and be well prepared for the hearing. The petition was fulfilled after it was discussed.

The next hearing on this case is scheduled to take place on 20 June at 11:00 am.

The Institute for Reporters’ Freedom and Safety was only given 5 minutes to film and photograph the hearing. However, the whole hearing was recorded by an operator. The Judge S.Abdullayev stated that this was done by the court.
Recall that S. Strekalin is accused under article 127.1 of Criminal Code (intentional infliction of minor bodily harm) for stabbing “Azadlig” newspaper journalist Agil Khalil and under article 234.1 (illegal possession of narcotics).

PROVOCATION BEING PREPARED AGAINST SAKIT ZAHIDOV