Hearings on human rights in Azerbaijan in the European Parliament 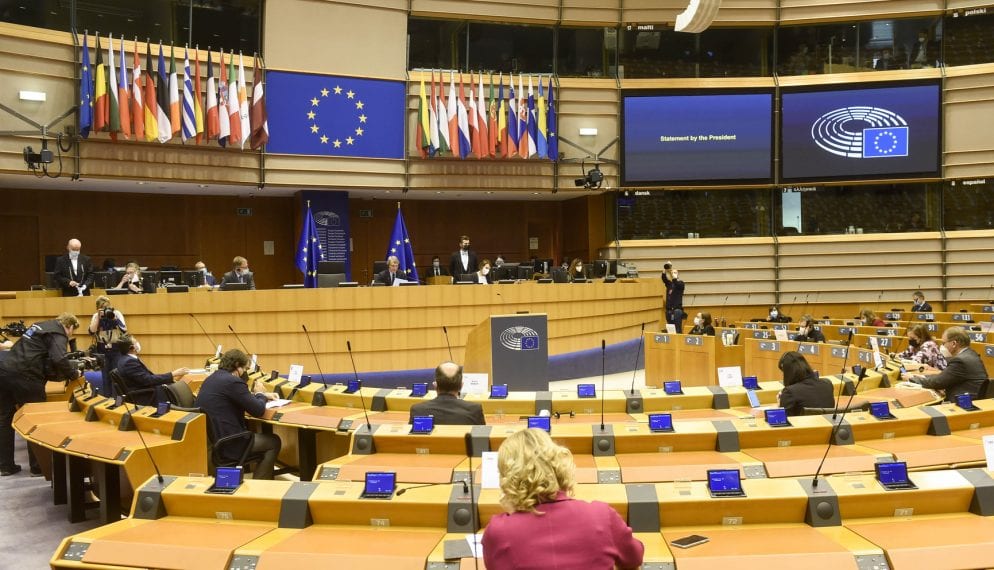 Human rights violations in Azerbaijan and interference by Baku in EU policies were the subject of 7 February discussions at a joint meeting of the European Parliament’s Sub-Committee on Human Rights and the Ad Hoc Committee on foreign intervention into European democratic processes in the EU.

The hearings were chaired by Bernard Quetta, a French MEP.

Arif Mammadov regretted that European institutions often turn a blind eye to human rights violations and corruption in Azerbaijan. To his thinking, this is the result of lobbying activities of the Azerbaijani authorities.

He recalled the so-called “caviar diplomacy”, “Landromat” scandals and others as saying that PACE investigations into corruption have never yielded any serious results, except for the criminal prosecution of MP Luca Volonté.

“Many others involved in the scandal are still in the Council of Europe,” Mammadov said.

In turn, blogger Mirzali talked about the persecution of government critics in Azerbaijan, including within the European Union. He himself was physically attacked in France.

Also, the meeting raised issues of relations between the European Union and Azerbaijan, the feasibility of Azerbaijan’s membership in the Eastern Partnership, possible tools to exert pressure on official Baku to improve the human rights situation and fight against corruption.

Hearing participants urged the EU not to provide $2 bln worth financial aid to Azerbaijan due to lack of guarantees of transparency in using these funds.

In addition, they expressed concern that in the new agreement between Azerbaijan and the EU the priority will be given to energy issues to the detriment of human rights. The need for preliminary publication of the text of the agreement was mentioned.