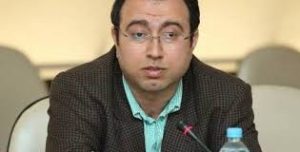 Head of Democracy Monitor NGO, human rights defender Fuad Hasanov’s health has seriously deteriorated and he is currently in the intensive care unit of Avrasiya Clinic.

According to his relatives, doctors had at first wrongly diagnosed him with a vision problem. The human rights defender underwent a surgery in Turkey on June 27. But his condition worsened and he began suffering from severe headaches. He was operated on once again on June 28, but after that he did not recognize his relatives.

Fuad Hasanov is currently in Baku. He has been diagnosed with multiple sclerosis and does not recognize anyone.

A charity account has been opened at the International Bank of Azerbaijan to assist the human rights defender.

Fuad Hasanov was injured during Azerbaijan Democrat Party’s rally, which had not been coordinated with the police, in 2001. After that incident, his eyesight weakened.