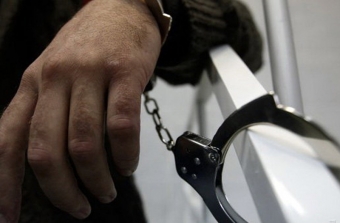 On 16 February, Sarhad Aliyev, an internally displaced person residing in the region of Ismayilli, was sentenced to 30-day administrative imprisonment. Not long ago, Sarhad Aliyev strongly criticised President Ilham Aliyev on TuranTV.

Sarhad Aliyev’s arrest was publicised by human rights defender Ogtay Gulaliyev, who associated his arrest with his critical speech. “Official propaganda tools have been discussing Ilham Aliyev’s decree of 10 February 2017 on “Improving the activities in the field of correctional, humanization of the punishment policy, and expanding the use of alternative punishment and procedural coercive measures not related to social isolation,” and talking about how humane the document is. The alleged point of the decree is that henceforth the measure of pre-trial detention will be applied in respect of people only in necessary circumstances. However, Ismayilli resident, social activist Sarhad Aliyev was summoned by the police and arrested for actively criticising Ilham Aliyev on TuranTV, before the ink was not yet dry on the decree. For now, he has been sentenced to 30-day administrative arrest, but we do not know what punishment will follow,” Gulaliyev said.

Journalist Fikrat Faramazoglu Meets with His Family behind Glass Partition