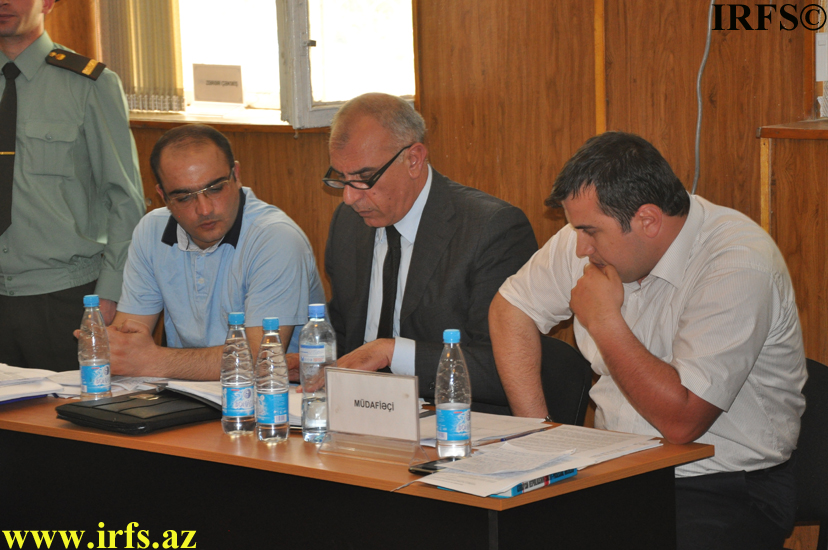 Garadag District Court has once again returned Fatullayev’s case to the Appeals Court, said the journalist’s lawyer Elchin Sadigov in a statement.
Sadigov reported that the hearing in Garadag Court was held in Fatullayev’s absence. “The Judge partially responded to Eynulla’s queries about judicial protocols, and returned the case to Court of Appeals.”
The lawyer said that they have not been informed about the date of the next hearing.

On the 20th of April, 2007, Fatullayev was arrested in court after a ruling by the Yasamal District Court on the lawsuit brought by Refugee/IDP Rights Defense Committee chairperson Tatyana Chaladze. After Fatullayev’s arrest, a criminal case was opened against him by the National Security Ministry Chief Investigative Office, regarding an article published in Realniy Azerbaijan newspaper. According to the Ministry of Foreign Affairs, the article caused foreign citizens and representatives of international organizations to be concerned for their safety. He was convicted under Articles 214.1 and 283.2.2 of the Criminal Code:  threatening terror and the incitement of ethnic/national, social or religious hatred abusing authority. He was sentenced to pre-trial detention. Fatullayev was then convicted under 213.2.2 (tax evasion). He was finally sentenced to 8.5 years in prison on the 30th of October, 2007 and fined 242,522 AZN by the Grave Crimes Court.
On the 29th of December, 2009, 0.223 grams of heroin was reportedly found on Fatullayev in Prison #12 and on the 6th of July, 2010, Fatullayev was found guilty under article 234.1 (Illegal possession of narcotics in an amount exceeding the limit for personal consumption) of the Criminal Code. His sentence of two years and six months in prison began on the same date. Fatullayev and his lawyer believe that this incident was a set-up, organized so that the court could avoid complying with the decision of the European Court of Human Rights (ECHR) regarding the journalist's release.
On the 22nd of April, 2010, the ECHR issued a decision that Fatullayev should be released immediately, and that the Azerbaijani government should pay 27,822 EUR to Fatullayev in compensation. The Azerbaijani government filed an appeal with the Grand Chamber of the ECHR regarding this decision. Fatullayev is recognized as a prisoner of conscience by local and international organizations.
Fatullayev established and was the Editor-in-chief of both Realniy Azerbaijan and Gundelik Azerbaijan newspapers. First published in 2005, Realniy Azerbaijan ran as a weekly newspaper, while Gundelik Azerbaijan was published daily. The newspapers stopped running after Fatullayev's arrest in 2007.