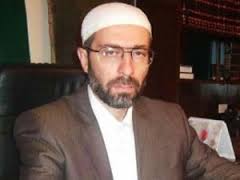 Jailed chairman of the Islamic Party of Azerbaijan, political prisoner Movsum Samadov, who is staging a hunger strike in prison, has been placed into punishment cell, as reported by his lawyer Yalchin Imanov. Movsum Samadov is serving a 12-year jail sentence handed down by Baku Grave Crimes Court (presiding judge Eldar Ismayilov) on 7 October 2011. He was convicted under Articles 28, 214.2.1 (preparation for a terrorist attack by a group of persons acting in collusion, organised group or criminal association (organisation)) and 278 (violent seizure of power or violent retention of power) of the Criminal Code.

The lawyer says Movsum Samadov has been placed into solitary confinement for staging an open-ended hunger strike, but he does not have detailed information on how many days his client will remain there.

The lawyer travelled to Gobustan prison where Movsum Samadov is held on September 3, but was not granted a meeting with his client. Yalchin Imanov quoted the jailer as saying that such was the instruction of the prison management and trying to justify the denial of access to prison by saying that it was a non-working day.

The lawyer regarded the refusal of permission to meet with Samadov as an arbitrary behaviour of the prison management. He said it prevented him from exposing the violations committed against Movsum Samadov.

Background: Movsum Samadov launched an open-ended hunger strike in protest at the upcoming September 26 referendum on amendments to the Constitution on August 29. The Draft Referendum Act stipulates establishment of the posts of first vice-president and vice-presidents of Azerbaijan. It also extends the term of office of the president from 5 years to 7 years. Minimum age requirements for the president and parliamentarians are removed. Besides, the president is granted the power to dissolve the parliament.