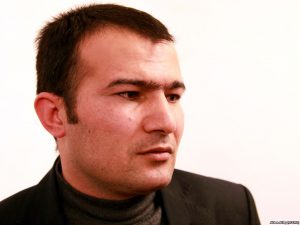 Background: On the evening of March 25th Azadlig newspaper correspondent Seymur Haziyev was kidnapped by masked men in Jeyranbatan settlement, beaten and then dumped, with his arms tied behind his back, in Binagadi district of Baku. Absheron Regional Police Office launched a criminal case under Article 132 of the Criminal Code, but it soon closed the criminal case due to lack of evidence. The investigation did not present their decision to Haziyev. Media Rights Institute lawyers appealed to Absheron Regional Court against the decision, but the court rejected the appeal. However, the Sumgait Appeals Court reconsidered the appeal and deemed decisions of Absheron Regional Police Office and Absheron RegionalCourt unlawful. The Appellate Court ruled for re-investigation of the case.