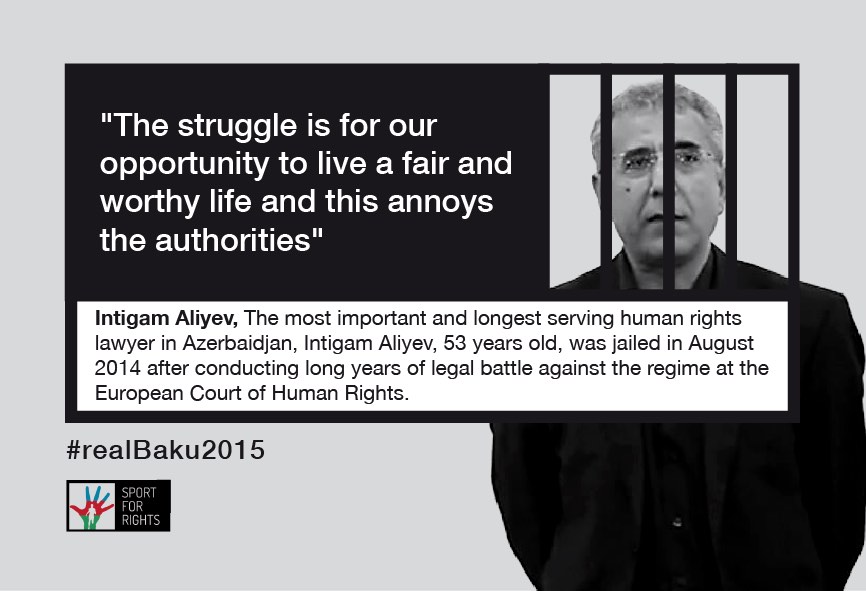 On May 22, lawyer Javad Javadov met with his client human rights defender Intigam Aliyev in the Baku detention facility where he is being held.

The lawyer reported that due to his health problems, Intigam Aliyev had been unable to attend their  previous meeting, and today he moved with difficulty.

“He is not receiving appropriate care at the detention facility. They only give him painkillers, which only provide temporary relief, rather than addressing the root cause of the pain . Intigam Aliyev suffered from back pain prior to his arrest, and was receiving regular physiotherapy. The detention facility does not have the facilities to treat him. They cannot X-ray his back. These conditions are causing his health to deteriorate,” said Javadov.

The lawyer added that Aliyev’s complaint about the detention conditions has been submitted to the European Court of Human Rights.

Intigam Aliyev was arrested on 8 August 2014. On 22 April 2015, he was sentenced to 7.5 years in jail by the Baku Grave Crimes Court, convicted of tax evasion, illegal entrepreneurship, misappropriation, service forgery, and abuse of official powers. The defense has appealed against the judgment.

Amnesty International has recognized Aliyev as a prisoner of conscience.

Many dead and scores injured in apartment building fire in Baku, felt victims of total corruption and impunity ahead of the European Games