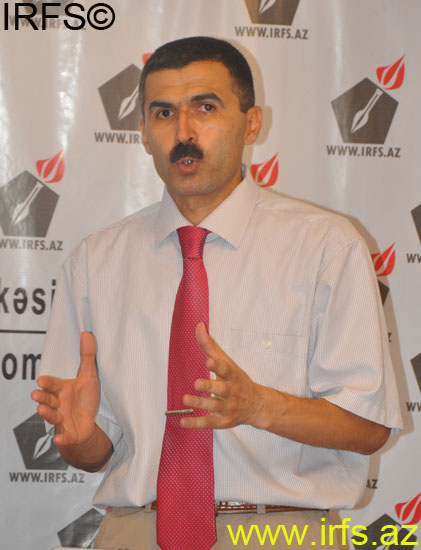 The investigation into the criminal case against Kur Civil Society coordinator Ogtay Gulaliyev has been completed, reported his lawyer Yalchin Imanov to the Institute for Reporters’ Freedom and Safety (IRFS) on June 8th.
According to Imanov, familiarization with the case materials has begun:

Lawyer Fariz Namazli told the IRFS that the investigation was completed on June 4th.

“As we familiarize ourselves with the case materials, we are going to file petitions for the presentation of necessary evidence and interrogation of witnesses.”

Ogtay Gulaliyev is the coordinator of the Kur Civil Society, which works to alleviate the damage caused by the 2010 Kur River floods. He was detained on April 8th at a meeting with Minbashi village residents. On April 9th Sabirabad Regional Court sentenced him to an administrative arrest under Article 296 (minor hooliganism) based on a lawsuit brought by the head of Minbashi village municipality, Rufulla Gojayev.

UNDER ARMENIAN FIRE, LIFE GOES ON FOR VILLAGERS