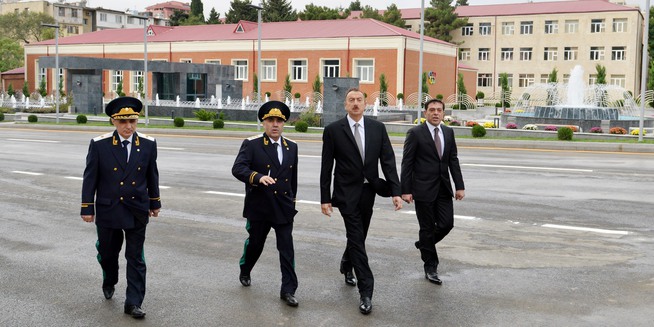 On 30 September, President Ilham Aliyev signed a decree awarding staff from the Prosecutor General’s Office, for their work “ensuring the rule of law in Azerbaijan, investigating and solving serious crime, fighting corruption and defending the state prosecution in court.”

Among those awarded are investigators who played an active role in the criminal case launched against a number of local and international NGOs in April 2014.

Some investigators were singled out for reward, including investigator Orkhan Babayev, who received a medal for his “distinguished public service”. Babayev was involved in searching the offices of the Institute for Reporters’ Freedom and Safety (IRFS) and the house of human rights defender Rasul Jafarov, and conducted numerous interrogations in both cases.

Investigator Sanan Pashayev, who investigated the criminal cases against human rights defender Leyla Yunus, journalist Khadija Ismayil and human rights defender/lawyer Intigam Aliyev, and searched and illegally sealed off the office of Radio Azadliq (Radio Liberty) office, received a similar medal. Also awarded for his performance was investigator Gasim Mammadov, who participated in the searches of the IRFS office and Intigam Aliyev’s house, and helped in the investigation of Rasul Jafarov’s case.  Mammadov also played a particularly active role in the arrest of the N!DA youth movement members.