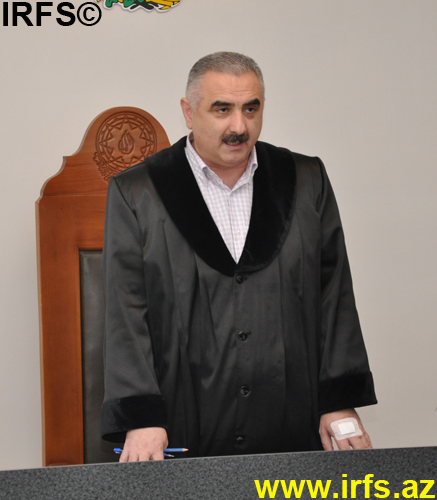 E. Huseynov told IRFS that he will file an appeal against the decision adopted by Nasimi District Court Judge Ikram Shirinov.
On 14 June 2008, a group of fans of Cuban revolutionary Ernesto Che Guevera was trying to conduct an event in "Alaturka" Restaurant when the employees of law enforcement organs interfered. IRFS Chairman Emin Huseynov, who was there observing and filming the event, was beaten by police in the Police Department 22. He lost consciousness due to police pressure and received treatment for more than twenty days in the hospital. In his lawsuit, Huseynov says that he was wrongfully detained by police, and subjected to physical and psychological pressure, as a result of which his health was damaged. He was seeking 50,000 AZN in compensation from each of the defendants.