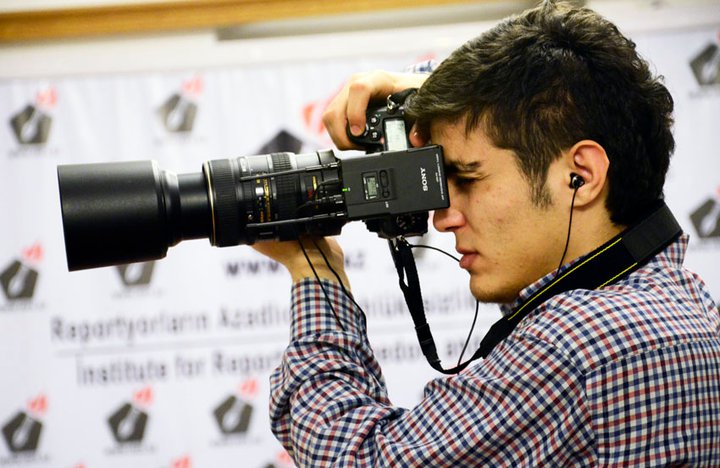 Mehman Huseynov is accused of insulting a police officer while performing his professional activities during the May 21st Public Chamber opposition protests. Huseynov considers these charge unfounded: ”There is a full-length footage from that protest online which clearly shows how the police and plain-clothed agents from the special police detachment behaved aggressively towards protesters and insulted them, as well as violently obstructing the professional activities of journalists and photo-reporters. During the protest, the photo and video cameras belonging to me and another IRFS correspondent were broken. The officers did their best to damage technical equipment belonging to media representatives”.

Sabail District Police Office has opened a criminal case against Huseynov under Article 221.2.2 of the Criminal Code: hooliganism. This charge carries a sentence of up to 5 years in jail.

IRFS does not exclude the possibility that this charge is connected with the work of Mehman’s brother Emin Huseynov, the chairman of the IRFS. Emin Huseynov believes that such political arrests are carried out in accordance with orders from high-level authorities. He believes that Mehman Huseynov may be arrested as an act of revenge against IRFS. “Our activities at local and international levels in the fields of freedom of expression and human rights enrage the government, and this is the source of the pressure against us and our correspondents,” said Huseynov.
Previous Post

IRFS statement on the sentencing of journalist Anar Bayramli