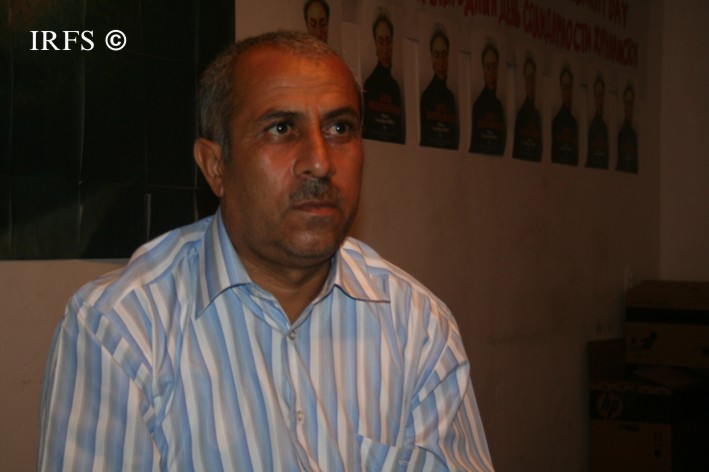 Institute for Reporters’ Freedom and Safety Nakchivan regional correspondent Hakimeldostu Mehdiyev is not permitted to leave his village.

H. Mehdiyev told this to the Institute for Reporters’ Freedom and Safety today.

“Police and village executive board representatives of surrounding villages have an order from higher-up to interfere in any attempts by me to travel to other villages. Although they haven’t directly told me, they did notify my driver of it. Zeyveduzenge village’s executive representative Rasim Mammadov and a policeman named Mirza blocked my driver’s way and told him that I shouldn’t go to their village. In addition, I have been trying to pass driving test to get a driver’s license. Every time they tell me that I have failed. When I ask them about the results of the (ed. written) exam, they refuse to give them to me and present no evidence of my performance. Nakhchivan Autonomous Republic Head State Road Police Department’s Assistant Chief on education-training, Colonel Lieutenant Hidayat Zahirli told me, “You are not going to get a driver’s license, as long as you are an opposition member.’”

Mehdiyev emphasized that although he repeatedly appealed to the assistant of Nakhchivan Autonomous Republic Supreme Assembly Head Vasif Talibov regarding this matter, no result has been attained.