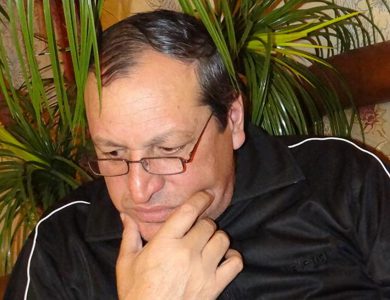 The health of writer and poet Saday Shakarli has worsened again. As reported by the writer’s family on 16 February, he has been moved from Prison #6 to the Treatment Facility of the Ministry of Justice and is currently under medical supervision.

Saday Shakarli suffers from diabetes. He previously received treatment in the Treatment Facility of the Ministry of Justice during the period of investigation, when his health declined while being held in Baku Detention Facility #1.
Background: Saday Shakarli was arrested in December 2015, being charged under Article 182.3.2 (extortion of a significant amount of property) of the Criminal Code on accusations of threatening to publish revelatory articles and disreputable information about a Tax Ministry official on mass media to (or “intending to”) obtain a large amount of property. On 16 May 2016, Baku Grave Crimes Court sentenced him to 10 years in jail. Baku Court of Appeal later reduced the writer’s sentence to 5 years. The Supreme Court did not grant an appeal filed against the decision.
Saday Shakarli is a member of Azerbaijan Writers’ Union.