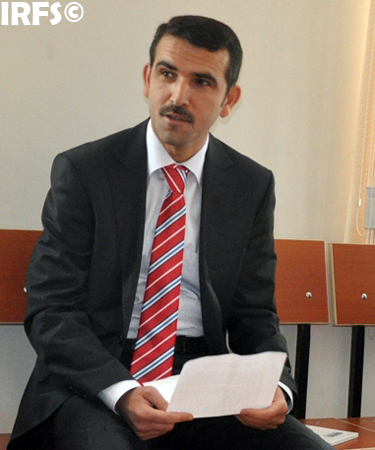 Today, 15 June, in the Nizami District Court, under the chairmanship of Judge Jahangir Yusifov, a hearing was held on the civil format lawsuit of Jalal Aliyev against Yeni Musavat newspaper, the newspaper’s deputy editor-in-chief Azer Aykhan and journalist Goshgar Bakili.

The lawsuit stems from the article “The owner of the hotel that the President was dissatisfied with identified; ‘Baku hotel’s owner is J.Aliyev.” The article was published in Yeni Musavat newspaper on 5 January of this year.

Huseyn told the court that a refutation was published in Yeni  Musavat on 13 July 2010.

Judge J.Yusifov partially fulfilled the lawsuit, and announced the decision that Yeni Musavat has to publish another refutation in their newspaper regarding the article in question. and pay 1500 AZN in compensation for ethical damages instead of the original 50 000 AZN.

Vagif Huseyn told the Institute for Reporters` Freedom and Safety that they will appeal decision.

Parliament member Jalal Aliyev is the brother of late President Heydar Aliyev and the uncle of the incumbent President Ilham Aliyev.

Yeni Musavat newspaper has been published since 1993 and operates as a daily newspaper. It has a large circulation.