JOURNALIST ASSAULTED NEAR HIS HOME 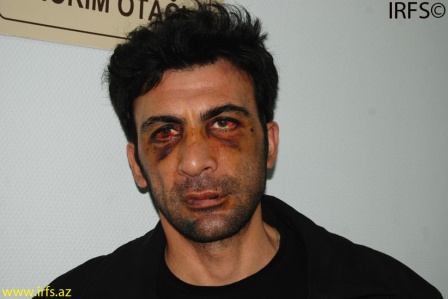 On December 2nd, journalist and cultural correspondent Elshad Umid (Mammadov) of Reyting and Impuls newspapers was physically assaulted by several unknown persons, reported Umid to IRFS today.
Umid reported that he was assaulted by several unknown persons near his home as he was returning home from a birthday party at approximately 2am on December 2nd. “I don’t understand that what happened, I don’t remember the incident. I was told that employees from the Post Patrol Service brought me to the hospital. I regained consciousness in the Clinical Hospital # 1. I do not currently have reason to believe that this was related to my professional work.”
Deputy Chief of Interior Ministry Press Service Ehsan Zahidov told IRFS that he did not have any information about the incident.
Previous Post