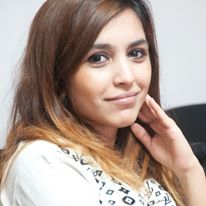 Sabail District Court heard journalist Aytaj Ahmadova’s complaint against her unlawful detention by the Main Organised Crime Department of the Ministry of Internal Affairs. According to journalist’s lawyer Zibeyda Sadigova, the court left the complaint undecided.

The lawyer said the judge ought to consider the decision either lawful or unlawful. In her view, the judge’s decision to shelve the complaint is illegal.

Zibeyda Sadigova added that the judge had groundlessly reported her to the Bar Association for failing to present the warrant of attorney. “The court should hear a supervisory complaint within 10 days. But a judge, who has failed for 3 months to decide the case, exerts pressure on the lawyer at each hearing and then files a complaint with the Bar against her,” the lawyer said.

Background: Journalist Aytaj Ahmadova, who cooperates with online television Meydan TV, was detained by the Main Organised Crime Department on 16 September 2015 at 16.00, while out shopping with a Meydan TV intern. The latter wished to remain anonymous. The two women were detained together and later released at 21.00, following a 5-hour interrogation.

Although Ahmadova did not speak in detail, she said that she was given advice by the authorities with regard to her professional activity.

In early September 2015, a number of Meydan TV employees were detained for questioning by the Serious Crimes Investigation Department of the Prosecutor General’s Office.