JOURNALIST CLAIMS DEFENSE MINISTRY DOES NOT PAY DEBT FOR HIS ARTICLES 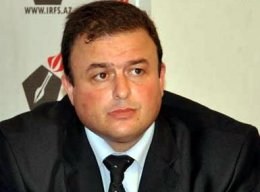 “The Defense Ministry refuses to pay me debt in the amount of over 5,000 AZN, which is remaining since my military service. Defense Minister Safar Abiyev ordered relevant bodies of the Ministry not to pay the funds to me.
Apparently, the Defense Ministry takes  this step because of the articles criticizing negative affairs in its system,” Milaz Information Agency Chief Director, Ayna and Zerkalo newspapers` correspondent Jasur Sumerenli (Mammadov) told the Institute for Reporters` Freedom and Safety (IRFS).
Jasur Sumerenli says he served in the army as officer (chief-lieutenant) from December, 1998 to November, 2000. He served 8 months of his term in military unit #N in Agstafa, and 15 months on the front in Agdam.
Sumerenli says that his  right for financial and material provision envisaged in Article 10 of Law on Status of Military Servants and right to time off envisaged in Article 11 of the same law were violated. Consequently, the Defense Ministry became indebted to Jasur Sumerenli.  However, the funds have not been paid to him despite multiple appeals.