Journalist faces «on the job» violence by police 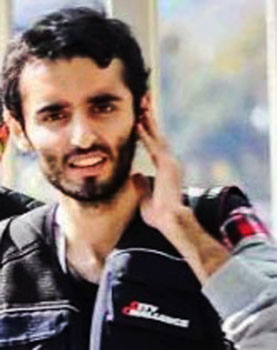 Araz Bayramov, reporter of musavat.com news portal, faced violence from police while covering the riot that took place in Ismayilli district on January 24, as reported to the Institute for Reporters’ Freedom and Safety by the journalist himself. “I was trying to film the police officers attacking protesters, when I was stopped by a policeman.He forcibly took me to the police office despite of the fact that I was wearing a press jacket. I did not have a journalist ID, as I started to work not long ago. They held me for an hour. I was released only after they phoned our editorial office and made sure that I really work there. Then I was detained for a second time while filming and the policeman slapped me. This time I was held for 20 minutes before Police Chief Nizami Gojayev ordered to release me” said Bayramov.

Note that other journalists also suffered while covering the riot; they were affected by tear gas that the police used to disperse the crowd.

Background: Late on January 23 a riot broke out in Ismayilli district, after relatives of the Ismayilli mayor Nizami Alakbarov had reportedly insulted local residents at a road accident caused by them. Following this enraged crowds set fire to the car of mayor’s relatives, as well as the car and villa of the mayor himself. The unrest constituted for two days before the police took the district under control.

Statement: The wave of police brutality on journalists in Azerbaijan appears to have no end