Journalist faces threats to his life in prison 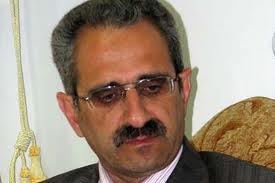 Arrested editor-in-chief of the Tolishi-Sado newspaper Hilal Mammadov, who is held in the Baku Investigative Prison, complains of health problems and prison conditions.

According to Mammadov’s report, he is held in the same cell with another man called Jabrayil Abuzerov.  “At the very first sight, I felt that there is something mentally wrong with him. He told me that he uses mental health medications.  I try to help him, but I myself suffer from severe asthma.  Nobody helps us. His health has sharply deteriorated for the past 10 days and he is using the strongest medication. But he is not taken to the hospital. I do not sleep at nights, fearing that he could injure me and himself. I warned almost all of the prison officers and management, but they take no action”.
The chief editor of Tolishi-Sado newspaper and deputy head of the Talysh Cultural Centre, Hilal Mammadov, was arrested on June 21, 2012 on charges of drug possession. On June 22 Nizami District Court sentenced Mammadov to 3 months of pre-trial detention under Article 234.4.3 of the Criminal Code (illegal possession of drugs). On July 3rd, Mammadov faced new charges under Articles 274 (high treason) and 283.2.2 (incitement of national, racial, social and religious hatred, hostility, and ethnic discrimination). Once convicted, Mammadov may face confiscation of his property and imprisonment up to 12 years.