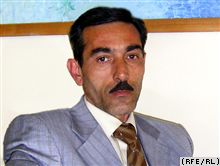 According to the Media Rights Institute, “Radio Liberty” Nakhchivan regional correspondent Ilgar Nasibov has sent an appeal to the European Court of Human Rights against the verdict adopted against him last December.
In the appeal it is claimed that articles 6 (fair court investigation) and 10 (freedom of expression) of the European Court of Human Rights Convention were violated. The journalist asks the court to insure the payment for his expenses and for moral damages he suffered.

Recall that on 6 December 2007 Ilgar Nasibov was sentenced to three months of imprisonment after he was convicted under article 147.1 (libel) of Criminal Code on the based of a lawsuit filed by Nakhchivan City Police Department Head Sabuhi Novruzov. Novruzov’s complaint stemmed from an email the Nasibov wrote to the President of Azerbaijan about harassment of him and his wife by police. Nasibov was freed by the Appellate Court in a decision adopted on 10 December 2007.