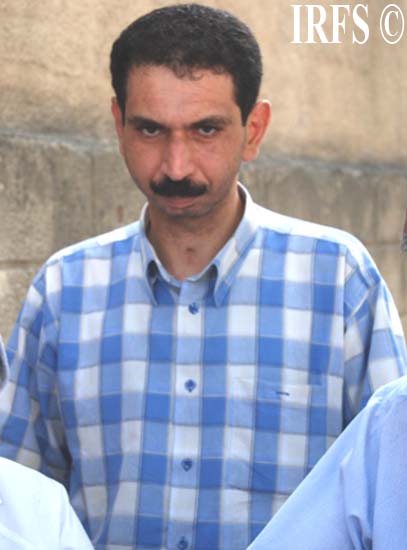 Today, 16 March, prominent journalist Ibrahim Bayandurlu passed away. The Baku Clinical Medical Center told Radio Liberty that the journalist was taken to the hospital in a serious situation yesterday at 11:30 a.m.
Doctor Shohret Verdiyev, who received Bayandurlu, said that veins in his throat were broken and he died at 5:00 p.m. in the morning as a result of serious bleeding.
Ibrahim Bayandurlu had been suffering from liver cirrhosis, and Hepatitis C.
I.Bayandurlu was commentator of Zerkalo newspaper. He participated in the Garabag war, and was wounded in the battle in 1992. For a long time he suffered from a shrapnel wound he received in the battle. Recently I.Bayandurlu cooperated with the Russian section of editorial office of Radio Liberty Azerbaijan. His interview with Russian oligarch Boris Berezovski, who lives in London as migrant, was his last work at Radio Liberty.
Radio Liberty Baku Office Head Khadija Ismayilova told the Institute for Reporters` Freedom and Safety that I.Bayandurlu said that he was told by someone to not conduct this interview with B.Berezovski. However, Bayandurlu did not give the name of this person.
Journalist Mustafa Hajibeyli told IRFS that some time earlier I.Bayandurlu talked about objections that came against his articles, especially regarding his interview with B.Berezovski.
The journalist was buried in Hovsan graveyard.
May God rest his soul!