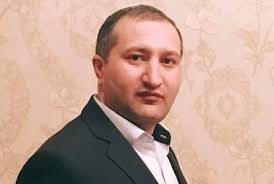 Chief Editor of Gununsesi.info news website and former political prisoner Parviz Hashimli has said he was subjected to violence by the driver of former Deputy Minister of National Security Hilal Asadov on August 18. The journalist was then taken to the 16th Police Station of Narimanov District Police Department, where his statement was taken and he was freed. According to Hashimli, he ran into ex-deputy minister Hilal Asadov’s wife and his driver while leaving a cafe in Narimanov district.

“The driver recognised me and drove the car at me and insulted me. Not only that, Hilal Asadov’s wife also insulted me and shouted expletives at me. Asadov’s driver even attacked me and used violence. Officers from the 16th Police Station of Narimanov District Police Department arrived at the scene. At the police station, the police took statements from Hilal Asadov’s driver and wife and me,” Parviz Hashimli said.

On August 19, Parviz Hashimli and Hilal Asadov’s driver Zohrab Muradov were both fined 50 AZN by Narimanov District Court’s decision. They were found guilty under Article 510 (minor hooliganism) of the Administrative Offences Code.