JOURNALIST RECEIVES DEATH THREATS BECAUSE OF BOOK HE WROTE 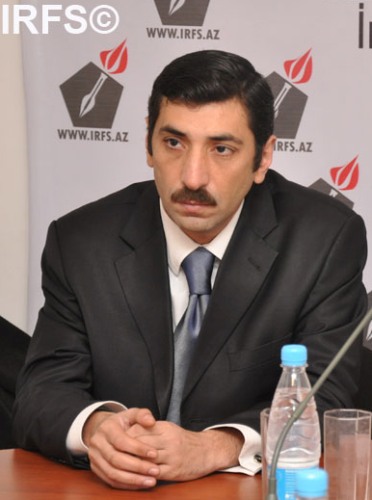 Independent journalist Eldaniz Elgun has received death threats.
E. Elgun himself reported this to the Institute for Reporters’ Freedom and Safety today, 27 February. According to Elgun, the threats are related to his book “13 Days 1001 Nights.” The journalist said that unknown people calling from hidden numbers and tell him not to talk about the book being banned from shops. The callers also tell him to gather the books from shops and burn them, or he will be burned instead. Elgun added that he is preparing an appeal to the leadership of the republic in connection with this issue and he will conduct a press conference next week after this issue is investigated.
Several days ago, Eldaniz Elgun reported that the book “13 Days 1001 Nights” was banned from book house of Azerbaijan’s National Academy of Science and from kiosks.
The book is about an Azeri youth who falls in love with an Armenian girl.
Previous Post