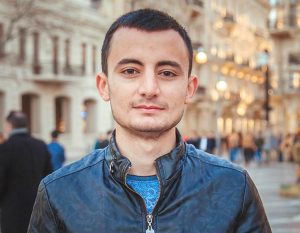 On 4 February, an appeal filed by Javad Javadov and Elchin Sadigov, the lawyers of journalist Rovshan Mammadli, who has been sentenced to 30-day administrative arrest on charges of resisting police, was examined.

At the hearing held in Baku Court of Appeal under the chairmanship of Judge Aflatun Gasimov, the court announced its decision on the dismissal of the appeal.

“Yasamal District Court decision of 23 January 2017 on journalist Rovshan Mammadli’s convicted him on charges of disobeying a police officer and imposed a penalty of 30 days in prison. We will file a complaint with the European Court stating that Rovshan Mammadli was framed and arrested for performing his journalistic activities,” Elchin Sadigov said.

Journalist Rovshan Mammadli went missing a day after he published his article in defence of Muslim Union Movement’s jailed chairman Taleh Bagirzade on 20 January. The youth’s relatives could not get in touch with him for two days. On 23 January at 5 pm, after the searches conducted by the lawyers, Rovshan Mammadli was found out to have been detained in Yasamal district. “The reason cited for his arrest is allegedly he was talking loudly on the phone and uttering expletives,” Elchin Sadigov said.

Taleh Bagirzade was detained during the Nardaran events of 26 November 2015. On 25 January 2017, he and others were convicted of homicide, illegal possession of a weapon and other charges and were sentenced to jail sentences of up to 20 years under the judgment of Baku Grave Crimes Court.

Luca Volonte and His Ties to Azerbaijan