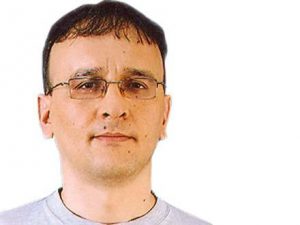 According to Zamin Haji, he was received by Nazim Ismayilov, Chief of Investigation Department of MCMPD.

“They expressed disapproval of my posts ‘casting a shadow over the activity of the police’. On the day of anniversary of writer Rafig Tagi’s death (November 23), I wrote a post on Facebook on unsolved murders. My post read as follows: ‘Almost nobody has been punished for the murders and acts of terrorism committed in Azerbaijan over the past 26 years. A short list of these events just off the top of my head: January 20; Khojali; November 20 helicopter downing; Ziya Bunyadov’s murder; Air Force Commander Rail Rzayev’s murder; journalist Elmar Huseynov’s murder; journalist-writer Rafig Tagi’s murder; etc. (you may continue the list in the comment section). How can one speak about stability and state building in a country like this, when these crimes remain unpunished”.

The Yeni Musavat columnist added that he had engaged in a polite debate with police officers, listened to their arguments and defended his own views.

The columnist was first summoned to BCMPD several months ago, when he received a similar warning based on a Facebook post.

Journalist’s Wife Says Her Husband Was Detained on Political Charges