Journalist’s Wife Says Her Husband Was Detained on Political Charges 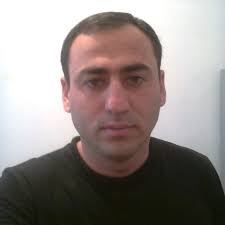 Afgan Sadigov, founder and editor-in-chief of AzelTV news website, has been arrested for reporting on injustices taking place in Jalilabad such as embezzlement of social welfare payments, and wrongdoings in the regional hospital, his wife told IRFS.

On 22 November, the court sentenced Afgan Sadigov to 3 months in pre-trial detention on charges under Article 127.2.3 (deliberate infliction of minor harm to health in a publicly dangerous way or through motives of hooliganism) of the Criminal Code.

The journalist’s family members have not been allowed to meet with him, and they suspect that he is subjected to intimidation and pressure at the detention facility.

According to the journalist’s wife, Afgan Sadigov is refusing to eat in protest against his arrest.