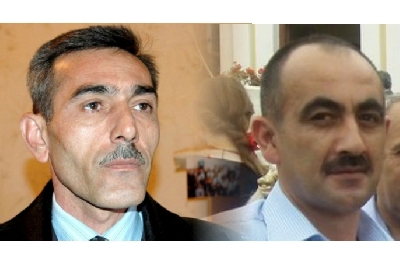 The correspondent of the Democracy and NGO Development Resource Center, Ilgar Nasibov, and the reporter of the Institute for Reporters’ Freedom and Safety and contact.az online publication, Elman Abbasov, were threatened by 30 unknown persons at Sadarak Customs Office on December 8th.  Surrounded by a ring of vehicles for several hours, the journalists somehow managed to drive off, Elman Abbasov told the Institute for Reporters’ Freedom and Safety (IRFS).
The journalists were subject to physical pressure at the customs office together with a businessman named Muhammad Gurbanov, who had turned to them for help. The three men were only able to escape in a car at 6:00pm.

The journalists came to the customs office to film the process of checking the products that the businessman imported from Turkey. However they were suddenly attacked by plainly clothed individuals as soon as they began filming.

As a result, the journalists, the businessman Muhammad Gurbanov, and his employees Nadir Mammadov and Tural Mammadov were beaten. According to journalist Elman Abbasov, the most serious injuries were inflicted on individual Nadir Mammadov.  Moreover, Mammadov was taken to the police office allegedly for stabbing someone.

Abbasov supposes that the journalists may be accused of attacking the customs employees. “When we got into the car to drive away, Mahammad Sayidov, the chief of the customs office, tried to forcibly get into our car to get the video camera. When the car started to go he was half in and half out. Fearing that he might fall, I pulled him in. After a 20 meters’ drive we stopped and Sayidov left the car with the video camera. Now he says that we tried to kidnap him” said Abbasov.