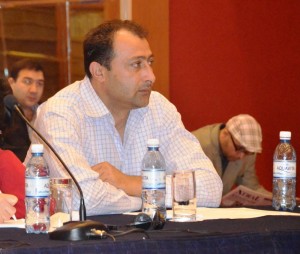 On February 21st Obyektiv TV reporter Abulfat Namazov faced pressure while he was performing his professional duties. As such, during the trial of youth activist Nigar Yagublu in Sumgait Appeals Court, several plain clothed men did not allow media workers and political party activists to enter the courtroom. Obyektiv TV reporter Abulfat Namazov tried to film the developments, when he was attacked by plain clothed men. They pushed the journalist away and prevented him from filming.

Citizen busted in Lenkoran for giving an interview to opposition newspaper