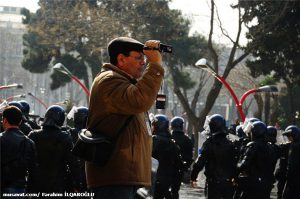 The incident happened in front of the Caspian Plaza Business Center, where the journalist had parked his car at 4 o’clock in the afternoon. On his way back to the car at 9 pm, Farhadoglu saw that one of its windows was broken and the bag that was one a back seat was stolen. There was a microphone in the bag.

The case was reported to the Ministry of Interior through hotline number ‘102’. The police inspected the scene and carried out necessary investigative measures.

Tapdig Farhadoglu made a complaint to Yasamal District Police Office #27. The journalist does not rule out the possibility that the attack could be related to his journalistic activity.

Journalist’s complaint with the ECtHR lost in the post