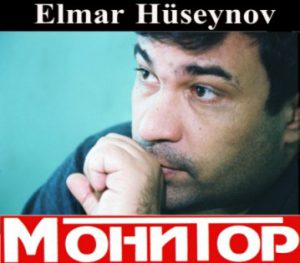 Azerbaijan’s civil society spoke about deteriorating media freedom situation during a gathering at the grave of murdered journalist Elmar Huseynov marking what would have been his 47th birthday.

“Elmar’s killers vainly hoped that with his death the freedom of expression in Azerbaijan will cease to exist. Conversely, every birthday of Elmar, on the days of international solidarity of the press and the days of the national press, civil society expresses its consolidation here at his grave,” said Azadlig newspaper commentator Rovshan Hajibeyli.

The head of the Institute for Reporters’ Freedom and Safety, Emin Huseynov said that the founders of the Elmar Huseynov Foundation decided to secure the return of the Fund’s documents seized by the tax authorities and resume its activities.

Elmar Huseynov was shot dead by unknown assailant in front of his house on March 2, 2005. His killers are yet to be found 9 years after his death.