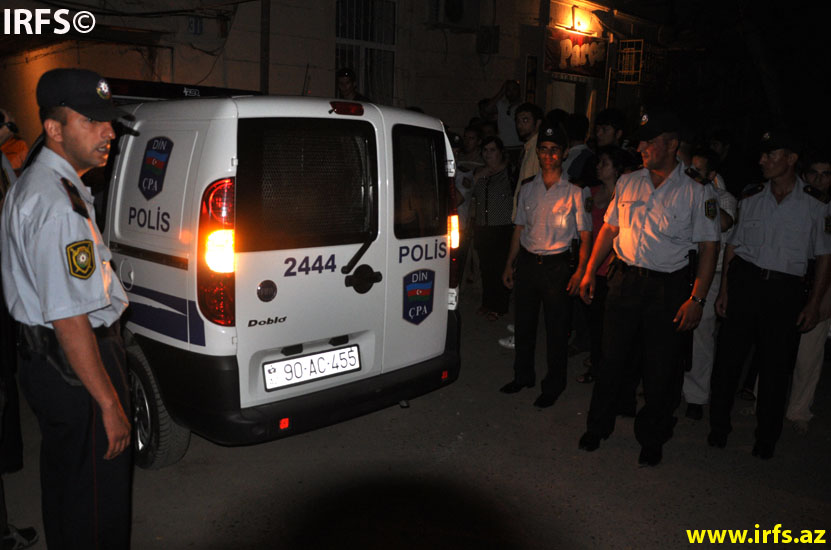 On 17 July “Alumni Network” Youth Organization Coordinator, ANTV Online TV Leader Emin Milli’s lawyer EltonGuliyev and one of “OL” Youth Organization’s coordinators, well-known video-blogger Adnan Hajizade’s lawyer Isakhan Ashurov have appealed to court. The Institute for Reporters' Freedom and Safety was told this by lawyer Elton Guliyev. The lawsuit stems from illegal actions and illegal conduction of investigation by the Sabail District Court police carried out in connection with the incident at “Lebanes” café on 8 July.
According to Elton Guliyev, it is emphasized in the appeal that Emin Milli and Adnan Hajizade faced rude behavior and they were prevented from seeing their lawyers. Saying that all these are contradictory to the European Human Rights Convention, Guliyev stated that in the lawsuit they asked the court to investigate these facts and to take measures against police committing violations.
On 8 July, at approximately 8:00 p.m., Emin Milli and Adnan Hajizade were sitting at a table in “Lebonese” (Livan) restaurant along with several other young adults, when two people that looked like sportsmen came up to them, and attacked them causing physical injuries. Although they appealed to police as victims, police detained Adnan and Emin as suspected persons for 48 hours and freed the attackers. On 10 July, Sabail District Court Judge Rauf Ahmadov issued a decision under article 221.2.1 (hooliganism) of the Criminal Code to sentence Emin Milli and Adnan Hajizade to two months pre-trial detention. Both Emin Milli and Adnan Hajizade are being held in the Investigative Prison of Baku.
Previous Post

PROVOCATION SET UP AGAINST JOURNALIST BY HIS RELATIVES