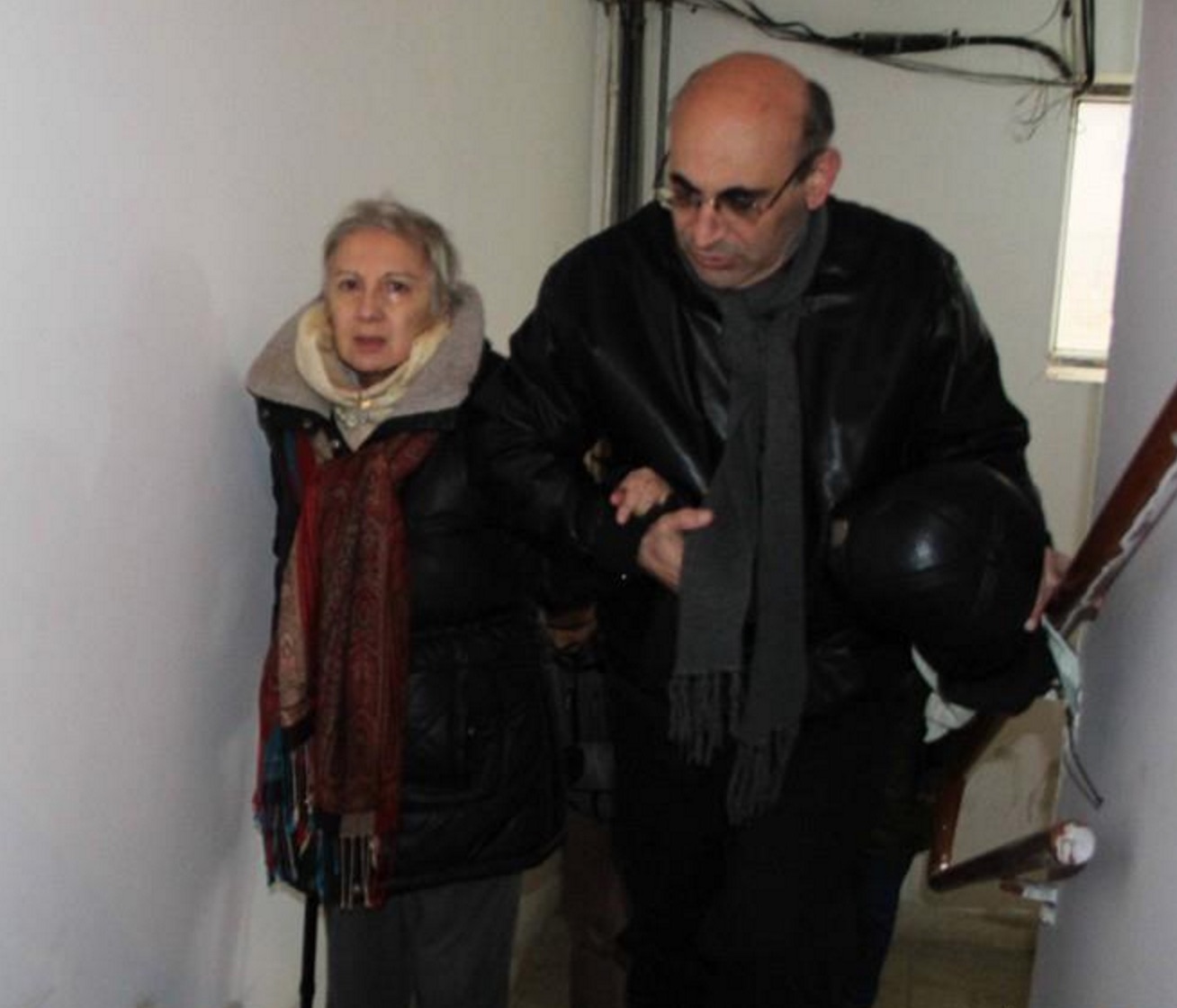 * Defense lawyers made speeches at the hearing, requesting the acquittal of Leyla and Arif Yunus;

*  Arif Yunus made a speech stating that he and Leyla Yunus reject the charges against them, and requesting the court to acquit them on medical grounds;

*  When Leyla Yunus was making her speech, the judge turned off the microphone and interrupted her;

*  The victim’s representative in his speech noted that the appellate complaints were unfounded and requested that the original verdict of Baku Grave Crimes Court be upheld;

*  The public prosecutor called upon the court to reject the appellate complaints and to uphold the judgment of the court of first instance;

On December 9, the Baku Court of Appeal, chaired by judge Vugar Mammadov, held another hearing on the criminal case of the human rights defenders Leyla Yunus and Arif Yunus.

The hearing was observed by journalists, activists, and representatives of the US, German and French embassies, the European Union, and the International Committee against Torture.

Leyla Yunus’ lawyer Elchin Sadigov spoke first. He spoke very briefly, asking the court to acquit both Leyla and Arif Yunus. He requested that Leyla Yunus’ health be taken into account. At this point, Leyla Yunus indicated that she was unable to hear anything; the microphone in her glass-encased cage was switched off. However, the judge did not turn it on.

Next, Ramiz Mammadov, Leyla Yunus’ other lawyer, made his speech. He said that he had presented all the arguments in the appellate complaint, but wanted to reiterate three points. He said that there was no corpus delicti with regard to the charges brought against Leyla Yunus under Articles 320, 213 and 192 [of the Criminal Code].  Mammadov further pointed out that the time limit for prosecuting under Article 320 had expired, and that under Article 178, a transfer of money from a wife’s bank account to her husband’s is not a crime. He requested the acquittal of both defendants on medical grounds. The lawyer stressed that Leyla Yunus faces multiple organ failure, and that her mental health is suffering.

Arif Yunus’ lawyer Afgan Mammadov spoke in defense of the appellate complaint, and requested the acquittal of Arif and Leyla Yunus due to lack of corpus delicti. The lawyer also asked the court to lift the property seizure order, and return Arif and Leyla Yunus’ property.

Leyla Yunus’ other lawyer Elchin Gambarov also requested the acquittal of his client, on the basis that “her action does not constitute the elements of a crime“.

Arif Yunus said he had little to add, simply noting that he and Leyla Yunus did not agree with the charges brought against them. He said that he agreed with the lawyers’ speeches and requested acquittal on medical grounds.

Speech of the victim’s representative:

Shohrat Allahmanov, the legal representative of the NGO “Women for Peace and Democracy in the Caucasus” – headed by Rana Safaraliyeva who the court has recognized as a victim – said the appellate complaints lacked grounds and requested that the judgment of Baku Grave Crimes Court be upheld.

The public prosecutor called upon the court to reject the appellate complaints and to uphold the verdict of the court of first instance.

After deliberation, the judge announced the judgment. The document falsification charge (Article 320) brought against Leyla Yunus was dropped because of the statute of limitations.  On the remaining charges, the jail sentence was commuted to a 5-year suspended sentence. The appellate court also repealed the lower court’s decision to confiscate the apartment belonging to Dinara Yunus, the daughter of Leyla and Arif Yunus.