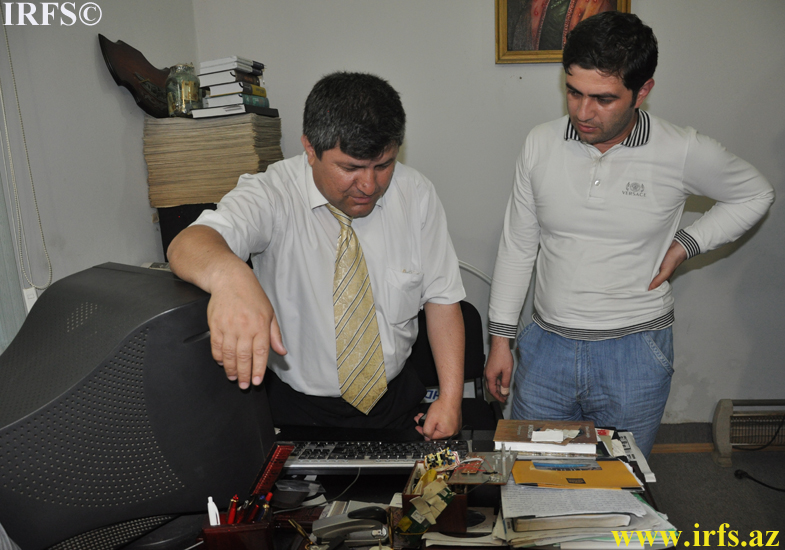 Today, 26 May, Khural Newspaper Editor-in-chief Evez Zeynalli told the Institute for Reporters’ Freedom and Safety’s (IRFS) hotline that a listening device was found in their editorial-office. IRFS operative group that went to the editorial-office immediately witnessed that pieces of a mobile telephone were found inside an electronic watch on the table. Evez Zeynalli said that this watch was a gift from Bizim Gundem Newspaper Editor-in-chief and “Umid” party deputy chief, Mehemmed Ersoy, which was given to him about 2 months ago.
“Because we doub that there is a listening device inside it, we dismantled the watch today,” said Avaz Zeynalli. “We saw that the parts of the phone inside the watch were connected unprofessionally.”

Zeynalli then added that they became suspicious that this was a listening device and therefore immediately informed the Press Service of the Internal Affairs Ministry. Sadig Gozelov said that although the Minister of Internal Affairs was in the disaster area in Sabirabad, he briefed the Minister on the incident and he took command of the situation.

Mahammad Arsoy, who arrived in the editorial office later, said that he was not aware of having a device inside the watch and this watch was given to him by a friend as a present. “I gave this watch to Avaz Zeynalli as a present,” said Mahammad Arsoy.

Khural newspaper is a weekly newspaper and has been operating since 2002.