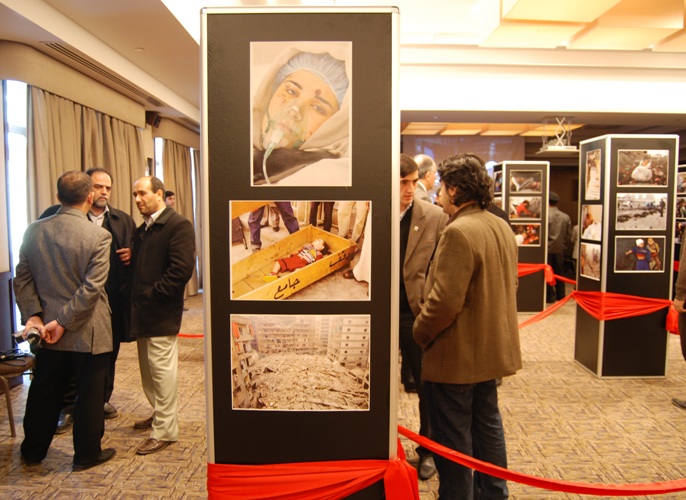 Today, 20 January, in the “Guba” Hall of the “Hyatt Regency” Hotel, the Center for the Defense of Religious Faith and Conscience (DEVAMM) conducted a photo exhibition “Martyrs’ Day,” dedicated to the memory of 20 January martyrs.
Photos reflecting the murder of hundreds of peaceful residents rallying against the Soviet government in Baku by Soviet Union armies, peaceful people facing aggression in different parts of the world, tragedy of babies, the Nagorno-Karabakh war, and incidents happening in Gaza were demonstrated there. The exhibition lasted from 11:00 a.m. to 5:00 p.m.
Photos from exhibition:
http://www.irfs.az/component/option,com_datsogallery/Itemid,30/func,viewcategory/catid,178/
Photos from official 20 January memorial service in Baku: http://www.irfs.az/component/option,com_datsogallery/Itemid,30/func,viewcategory/catid,177/