MATERIALS ABOUT BEATING OF JOURNALIST PRESENTED TO PROSECUTOR’S OFFICE 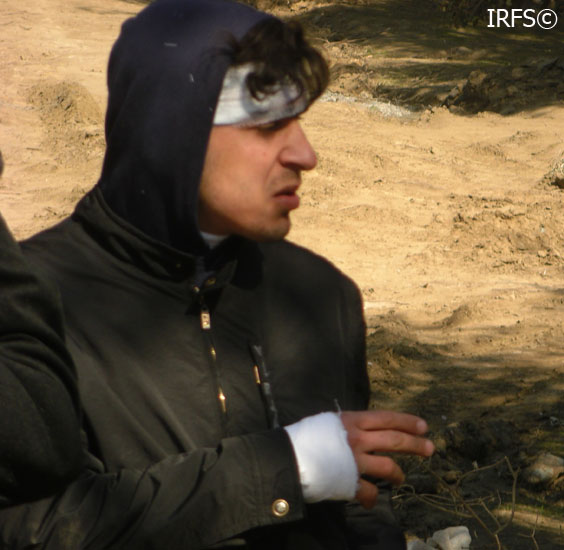 Investigation materials on the beating of "Azadlig" newspaper correspondent Agil Khalil were given to the Binegedi District Prosecutor's Office.
Binegedi District Police Department investigator Elnur Aliyev reported this to the Institute for Reporters" Freedom and Safety. Aliyev said, "We have already presented the case to the prosecutor's office, but we don't know yet on which article the case will be opened. Usually cases that are opened as a result of such pressure against people who are fulfilling their professional duties are based on article 221 (hooliganism). In this case we'll determine which article to base the case on only after examinations results are reviewed.”
In connection with this, IRFS contacted Binegedi District Prosecutor's Office. A representative there told IRFS, "The case has already been submitted to the Prosecutor's Office and will be registered tonight."
In the evening Agil Khalil met with Azerbaijan’s ombudsman Elmira Suleymanova. He told IRFS, "Suleymanova inquired about the details of the incident and about if the case was sent to the Prosecutor's Office. She was also concerned about my health. The Ombudsman promised to help me if I have health related problems."