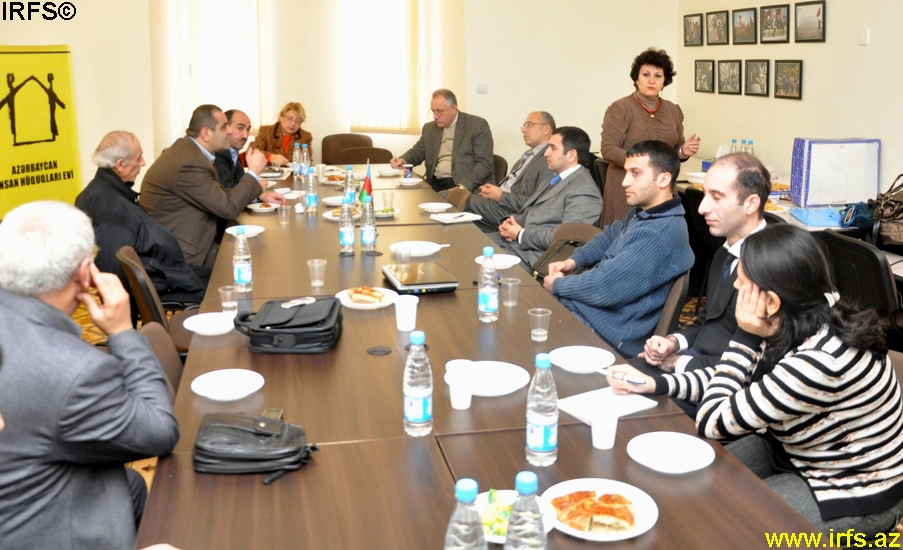 Today, 17 December, in the Human Rights House Foundation, representatives of non-governmental organizations and mass media conducted a meeting within the framework of the “Idea mechanism” project that is being implemented by the Institute for Peace and Democracy.
Discussions regarding the situation of human rights and municipal elections were conducted and proposals were put forth during the meeting.
Institute for Peace and Democracy Head Leyla Yunus suggested that all the organizations that have partnership with the National Endowment for Democracy (NED) should prepare a report together.
Janub khabarlari newspaper editor-in-chief Zahir Amanov spoke about pressure against regional newspapers.
Turan Information Agency Head Mehman Aliyev expressed his opinion regarding the present situation of media and said that an Advertisement and Announcement Organization should be created. The announcements should be distributed based on the circulation of the newspapers and the money should be fairly shared.
The Institute for Reporters` Freedom and Safety (IRFS) Chairman Emin Huseynov proposed to conduct a round table regarding the municipal elections with participation of the representatives of Mass Media and NGOs on 21 December.