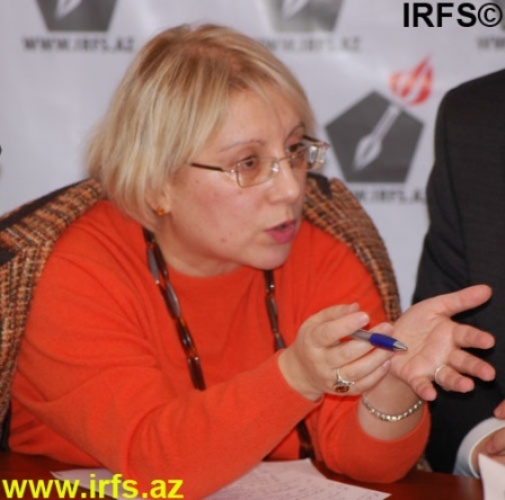 The Institute for Peace and Democracy Director Leyla Yunus has been sued by Internal Minister Ramil Usubov. According to “Radio Liberty”, the court trial will begin in the Nasimi District Court on 13 January.
According to the reports, it is indicated in the lawsuit that the Institute for Peace and Democracy Director Leyla Yunus slandered Internal Ministry during her interview to “Day.az” site on 3 December last year. (http://www.day.az/news/society/139055.html) The minister, claiming that the interview was damaging to the business image of the police, asked Leyla Yunus to make a refutation and to pay 100 000 AZN compensation in moral damages.
The Institute for Peace and Democracy informed “Mediaforum” site that this was the first time L.Yunus has been sued since she began her activity as a human rights defender in 1988. “Leyla Yunus has been making exposing statements in local media and foreign mass media about crimes committed by police during the last six years and also made a disclosure about the death of one person who died as a result of torture in Kizi region Police Department where Ramil Usubov’s relative Elmar Usubov is the chief.”
Previous Post