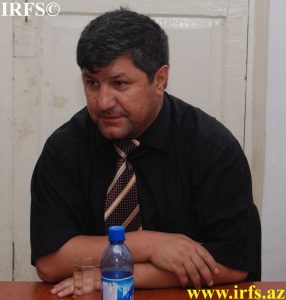 According to Zeynalova, the MP asked the president to grant a pardon to the journalist, for he has served two and a half year of his sentence.

“The charges concerning taking a large bribe or accepting a promise of bribe that Zeynalli was convicted of under the verdict are based on only few witness testimonies, audio recordings which cannot be clearly understood and mobile text messages. Such contradictory evidences, whose reliability is questionable and whose compliance with the actual facts of the case have not been approved by irrefutable evidence during the court proceedings, cannot be considered a sufficient ground to convict a citizen of a grave crime. All this calls into question Avaz Zeynalli’s guilt. Moreover the prison sentence handed down by the court is excessive and cruel. As such, when determining the sentence court failed to consider the fact that he had dependants like two underage children (11 and 13 year old daughters) and an elderly mother and other mitigating circumstances,” the MP noted in his appeal.