NAKHCHIVAN SUPREME ASSEMBLY PRESSURED DUE TO HIS INTERVIEW 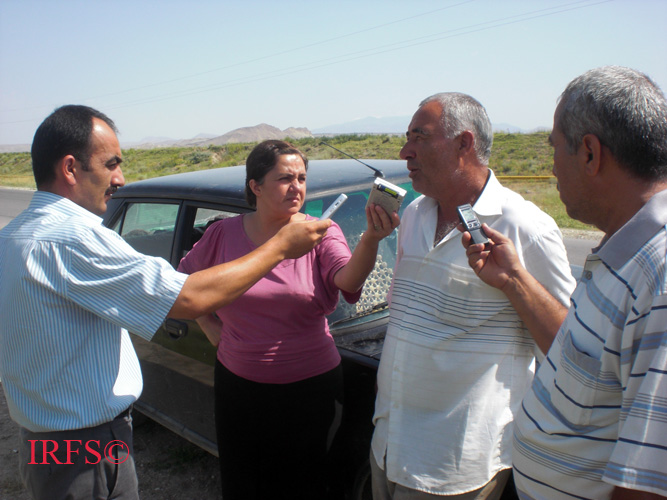 Nakhchivan Autonomous Republic (AR) Babek Region Jahri Village Municipality Chairperson, Nakhchivan AR Supreme Assembly member Zahid Ismayilov faced harassment after his interview to press regarding problems associated with irrigating cultivation fields. Zahid Ismayilov told this to the Institute for Reporters’ Freedom and Safety.
According to Ismayilov, on 23 July, a couple of hours after he gave interview to the press, three people attacked his private property, and without showing any documents, conducted search on Z.Ismayilov and his employees accusing them in crime. Confiscating money in their pockets, the employees were threatened and were demanded that they write explanation about gambling with Ismayilov. Refusing to do so, the employees were detained for more than a day.
Z.ismayilov emphasized that the tree people, who did not introduce themselves, are the employees of Babek Region National Security Department.
“I want to meet with Supreme Assembly Chairman Vasif Talibov in connection with this problem; however, some forces do not want to create conditions for this. I believe that V.Talibov will solve this problem when he finds out about it,” said Z.Ismayilov adding that he believes this incident occurred due to his interview.
IRFS attempted several times to reach Babek Region National Security Department regarding this issue, but nobody answered the phone calls.
Recently Z.Ismayilov was stripped of his authorities as the chairperson of the municipality and was not able to solve any problems associated with the village.   Therefore he returned his certificate, stamp and seal along with his deputy mandate to Babek region Executive Administration Head. As a result he was not invited to the last session of the Supreme Assembly held on 30 July. Z.Ismayilov told IRFS that although he refused chairmanship of the municipality, he did not officially refuse his deputy mandate.
Previous Post