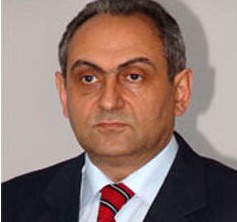 Members of the Civil Society Defense Committee participated in an emergency meeting of the National NGO Forum Board of Directors that was conducted today. According to “Mediaforum,” the two structures agree to discuss the proposed changes to Azerbaijan’s law on Non-governmental Organizations during a large-scale conference that will be held on 18 June 2009.
Participants in the meeting also decided to send appeal to Oqtay Asadov, members of parliament, Presidential Administration Socio-political Department head Ali Hasanov and NGO State Support Council Chairman Azay Guliyev.
In the appeal, it we will be requested that the bill (ed. on the Law on NGOs) be removed from Milli Mejlis’ agenda and discussed on parliamentary committees and with local and international experts,” said National NGO Council Chairman Rauf Zeyni. “After this perhaps it will be possible to come to some sort of agreement.”
Previous Post

HEARING CONDUCTED REGARDING LAWSUIT AGAINST NTRC